Our Good Shepherd, by grace

I mentioned my godfather last week with sorrow. He also featured in one of the funniest episodes of my childhood, standing in a field on a farm in Cornwall. (My godfather is actually from Pembroke but that’s another story). He may not have been the best shepherd, either. It had taken a long time to gather in a lorry load of sheep with Ben the sheepdog (he was definitely not the best sheepdog). As the lorry was about full and ready, Ben darted into the lorry and drove all the sheep …back out again!! Which I found very funny. My godfather, the mixed shepherd, exclaimed colourfully and threw something at the dog which fortunately missed!

We hear this morning of Jesus, the good shepherd:

‘I am the good shepherd.  I know my own and my own know me.’

One of the striking things about sheep is that when they’ve been led to their field, they then frisk this way and that, at will.  They spread out to cover all the available space.  They might lie down if they think rain’s on the way, or if they’ve had a hard morning of chewing.  They stand foresquare between you and their babies if they suspect you might be trouble.  Most of the time, that’s how they are.  But underlying it all, the sheep need to act as a herd, and this is something they just know.  When it comes down to it, they know that they need to go in the same direction.

Jesus in John’s gospel lays down his life for all sorts of sheep, from different folds. No doubt the sheep decide when they will lie down and stand up, and how they will look after their young, and which bit of the field they might like, and whether it’s worth charging over to look at an interesting new person.  But they have one thing in common – they have one Shepherd, and they know him, and so they are one flock.

Our bishop Christopher, just yesterday in our cathedral, as part of his farewell service to his flock, laid down his bishop’s crozier – that is, his shepherd’s crook – and in one of his final acts as our bishop, gave thanks for the good things and asked our forgiveness for when he had failed.

The episcopal ministry goes right back to St Peter, who is charged by the risen Jesus in John’s gospel, in a positive echo and repentance for his threefold denial of him, to:

‘Feed my lambs; Tend my sheep; Feed my sheep.’

So, how about Peter, the good shepherd? More accurately, the mixed shepherd. Peter often features in stained glass windows. In my old parish of St Peter’s Limpsfield, he was up in the sanctuary, looking like a magisterial Victorian headmaster, complete with keys.

I never liked that picture much. Because the inspiring Peter for me has always been the disciple, perhaps even the shepherd who, in the midst of his fervent faith and action, quite often makes mistakes, sometimes big mistakes – but who still finds forgiveness and blessing to go on in Christ.

We know this of our archbishops and bishops and even of our parish priests, in my experience.

Following Jesus and attempting to shepherd God’s people is sometimes messy, and involves getting things wrong as well as right.

In Holy Week, we hear how Peter denies Jesus, and how he doesn’t really get the whole foot-washing thing.  He blurts things out rather embarrassingly, he misses the point, he gets confused.

But he is also the one who proclaims Christ’s identity before anyone else manages it.

And he is the one who, today, we hear speaking up for what he knows to be true.  At the gate of the temple called the Beautiful gate, Peter has just healed a man in Jesus’ name, and he and John have been imprisoned for teaching and proclaiming the resurrection.  Here they are, being called upon to give an account of themselves.  And Peter, given the grace of the Spirit, confronts his interrogators with the awful truth – that they have crucified the Son of God.  This is no easy soundbite – the words and ideas don’t flow all that lyrically – but after all his wrestling and trying, Peter has found the contours of reality.

Like Peter, thankfully, we don’t need to be polished or perfect to be in relationship with God, and to be of service to God.

If we think we do, then we’re running in the wrong field, listening for the wrong voice, or reading the wrong book.

If we have to be only on our best behaviour to be in relationship with God – if we have to earn God’s approval -then there isn’t much hope for any of us, is there?

Thankfully, the good news of Jesus – and the news which made him so unpopular with the religious hierarchy of his day – is that we do not need to be polished or perfect to be one of God’s sheep.

Instead, giving individually what we can from God’s gifts to each one of us, we combine to make a work-in-progress, as we wrestle and sketch and try to find the contours of the reality of God in this place at this time, and, however imperfectly, to share the good news of that reality with those around us.

And so, in all that we will do and think and say, may we know our Shepherd, as he knows, and loves, us.

May we know again that grace of God through Jesus the good shepherd, the source of our salvation

And so through God’s compassion and mercy to us

be better able to offer those gifts to others, and accept them again ourselves. 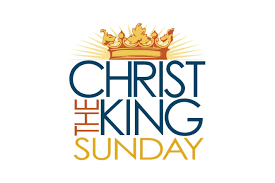 Living on an Island, it is not unusual for us to be able to watch the sea rapidly change in its behaviour over the course 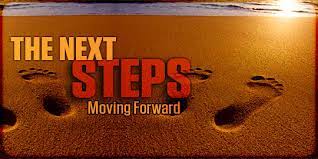 Made with ❤ by PC Consultants